Explore the land of ice and fire on this fascinating tour that ticks off all the major highlights the country has to offer. This tour starts in Iceland’s beautiful capital, and makes its way around the entire island. Sights include thermal hot springs, waterfalls, black sand beaches and more! 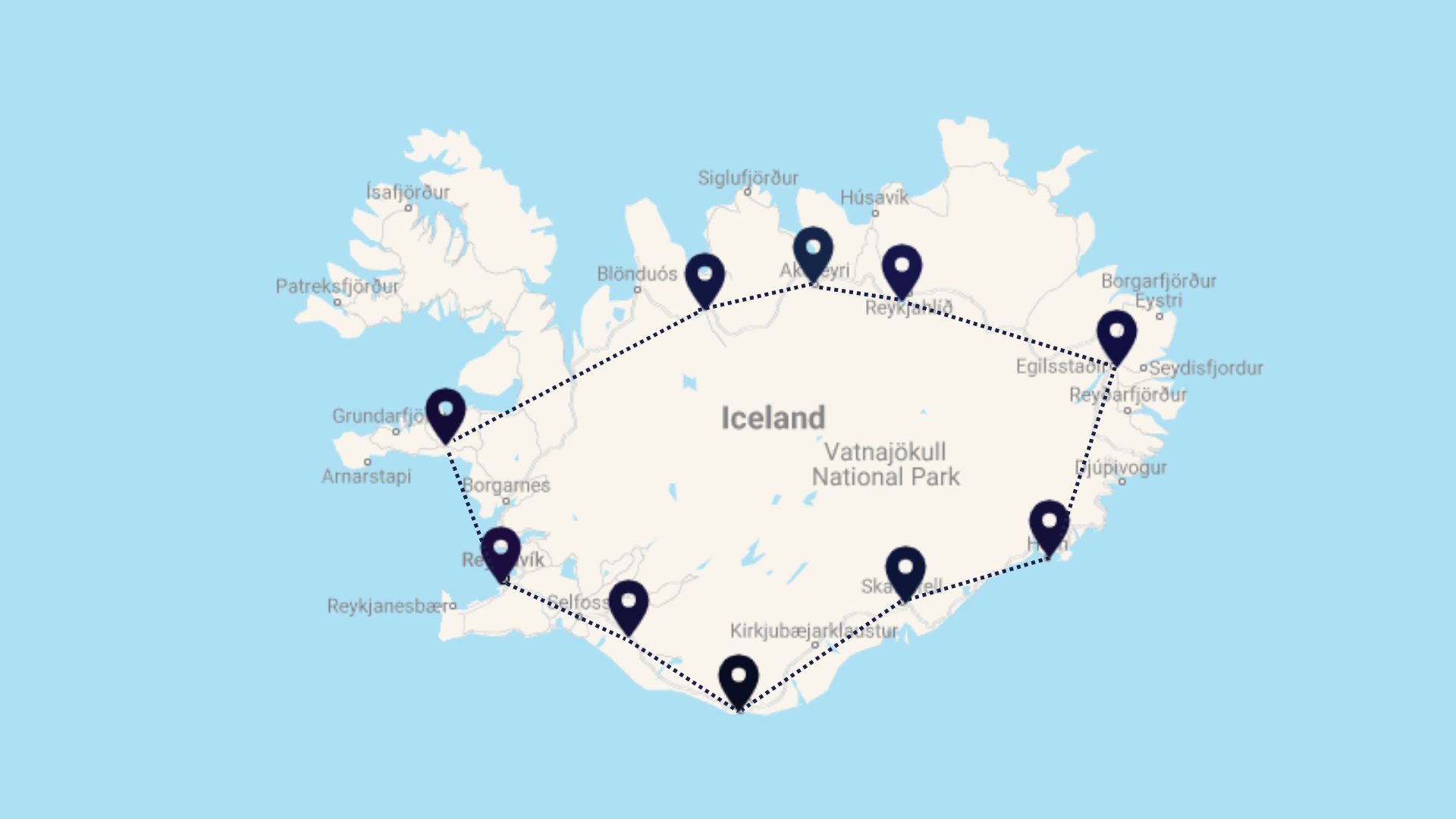 Check out all destinations